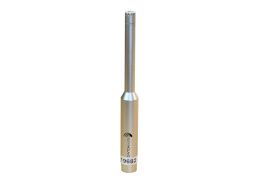 Inside the Dayton EMM-6

I was puzzled by lesser then declared Dayton mic sensitivity, so I measured the outputs with a scope and what a surprise – there was nothing on pin 3! What the heck? Ok, it’s time to disassemble Dayton mic and see whats going on. 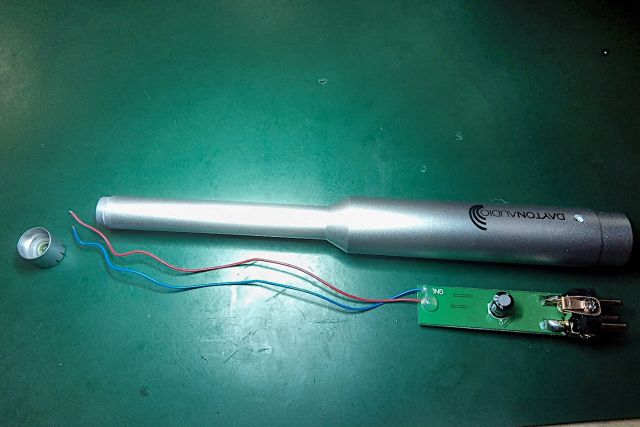 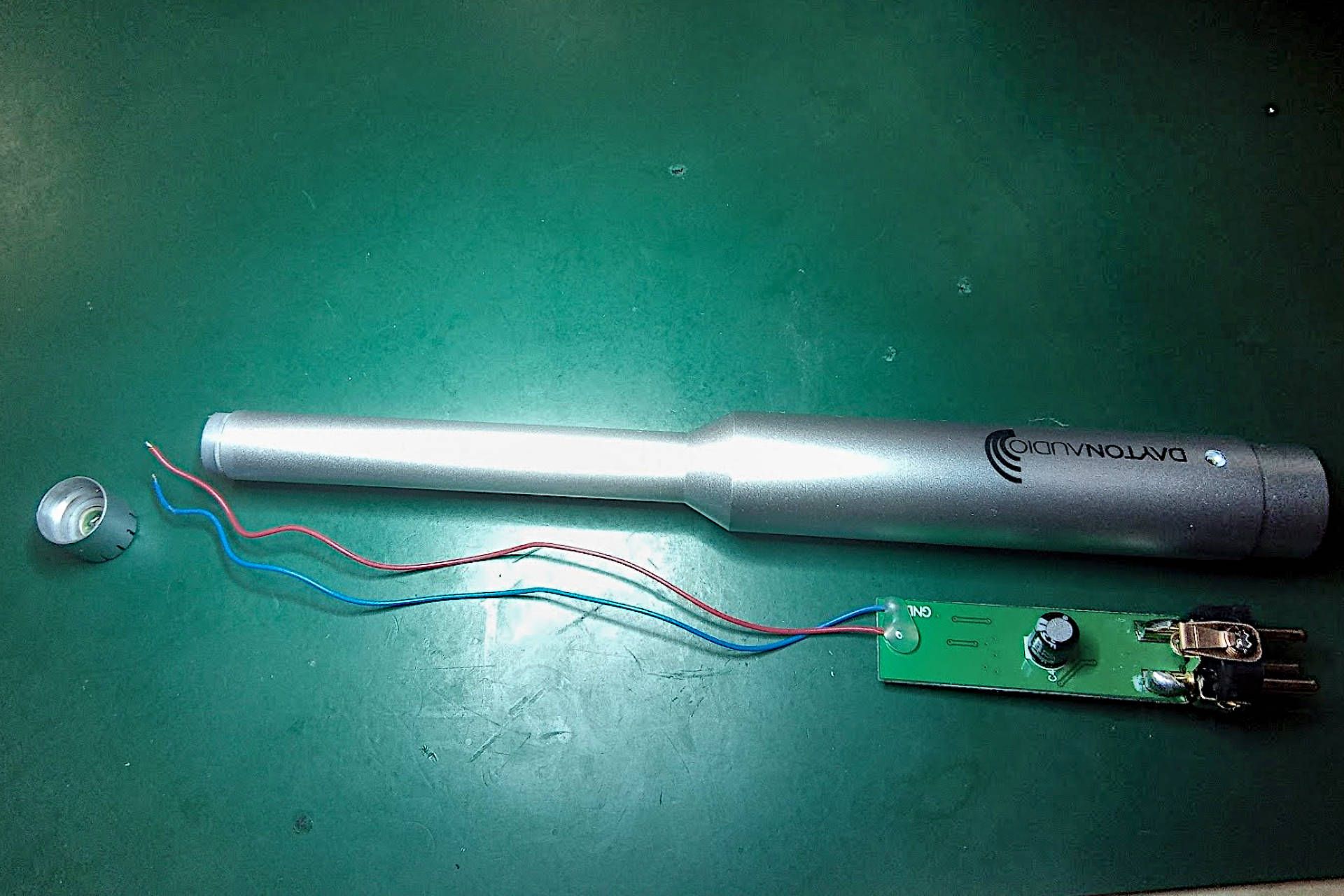 PCB with XLR connector didn’t wanted to give up and go out no matter what I did. I can’t believe I was the first one to attempt it, but it seems no one has shared it online. Google was clueless about “EMM-6 disassemble”.  And eventually happened what was supposed to happen – I broke the soldered wires from the capsule PCB. This time I was thankful to a person that did this poor soldering job. Otherwise it would’ve came off with PCB pads and I could say good-bye to that capsule. 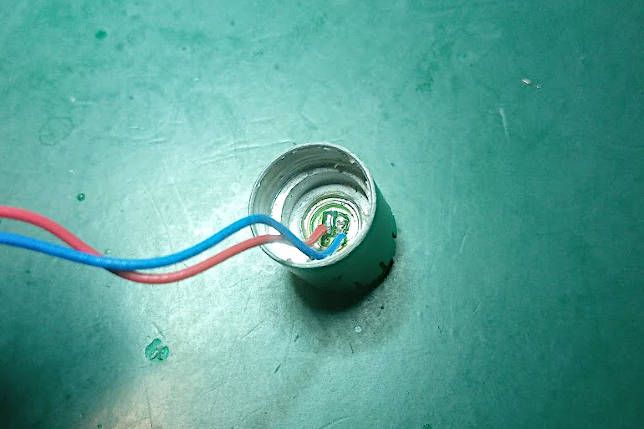 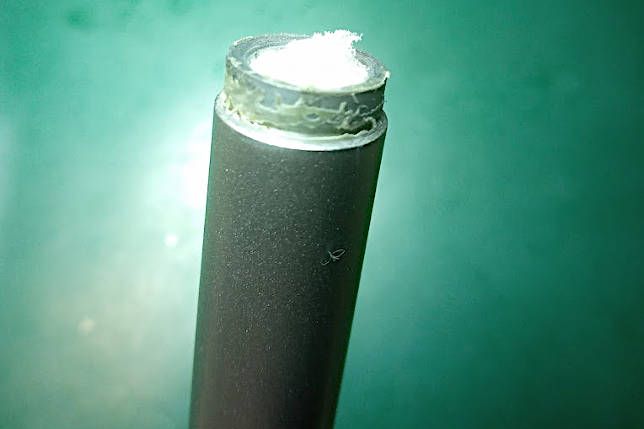 So the right way to do it would be to apply a small amount of heat to whole mic body with let’s say a hair drier and wiggle the glued capsule out. Wrench-chrome pliers and some rubber pad for protection does wonders. Then de-solder wires from capsule and only then pull the PCB out. Here you go. You can thank me now. 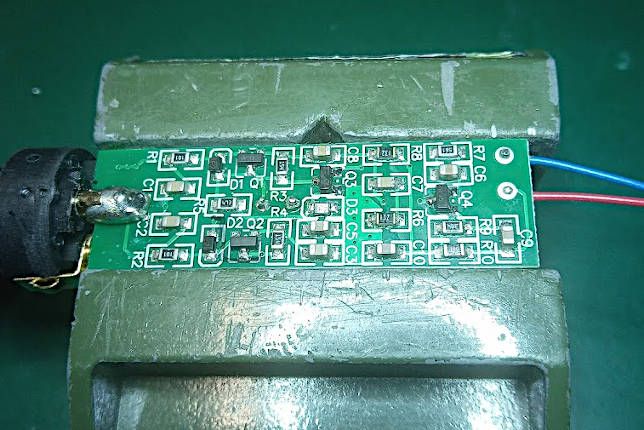 But I couldn’t find anything wrong with the PCB. All components were there and seemed intact.  All transistors were transitioning and all zeners were… doing their own thing I guess. So I decided to quickly reverse engineer this circuit. 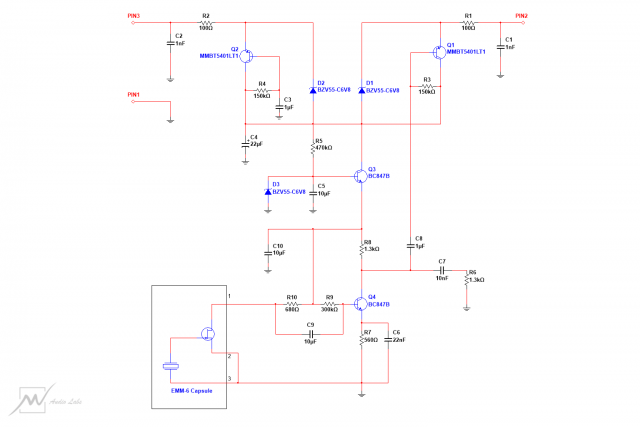 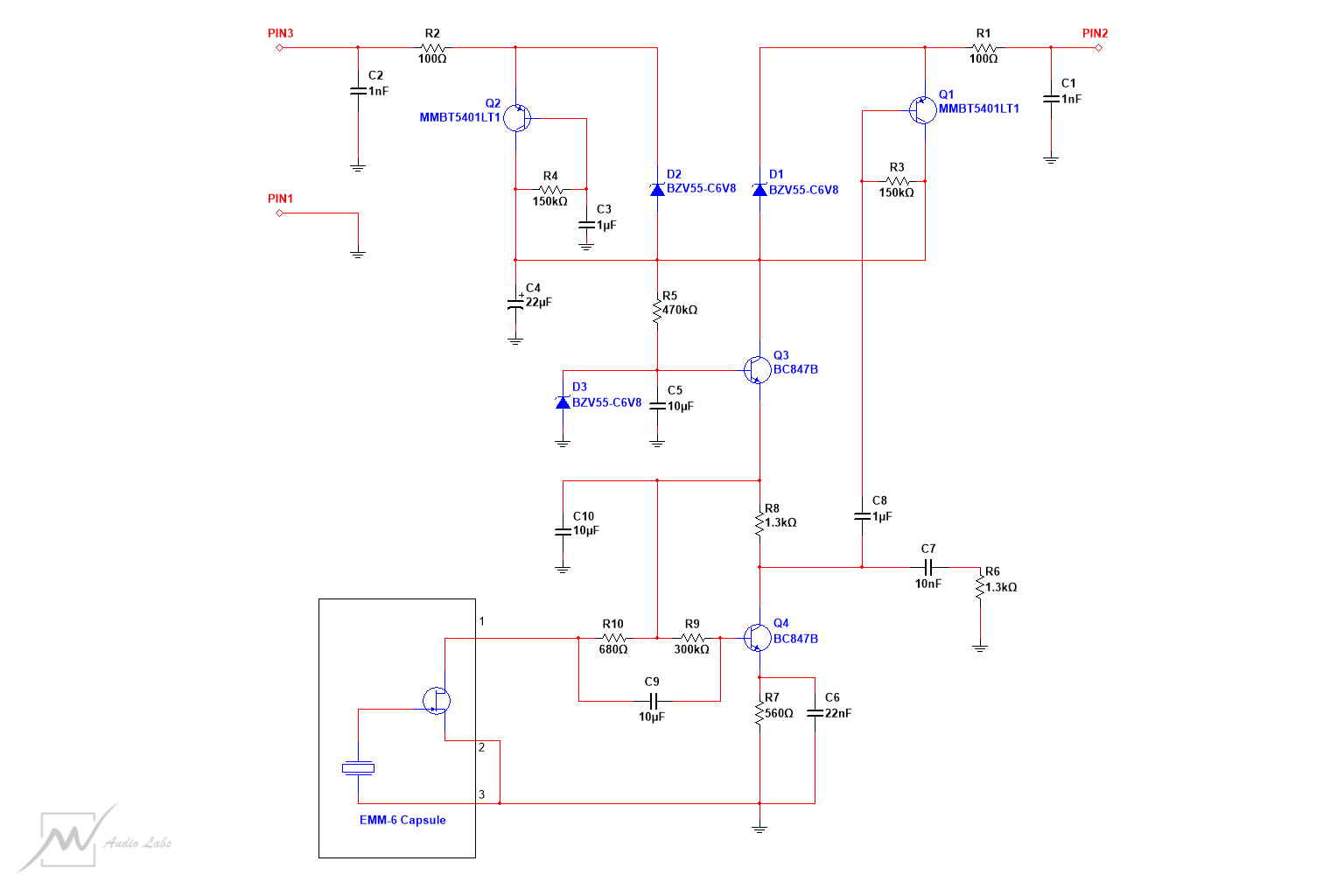 As you can clearly see, nothing is driving Q2 base, and it’s collector is decoupled with 22uF. So it’s doing nothing there. Well, not absolutely nothing, it’s pretending to be a resistor. And here is why.

Dayton has decided to employ a semi-balanced (or quasi-balanced) output on this mic. Why? It’s beyond me. Only logical explanation would be to exclude any possible confusion regarding “unbalancing”. I haven’t seen this wonder for a long time now. And all the examples I did saw was in a dirt cheap products. That’s because it saves 1 cent on a mass produced item for that one transistor and a couple of resistors that would do signal inversion. But then again, I don’t do much “pro audio”. Maybe this is usual practice with measurement microphone outputs. There is nothing inherently wrong with this scheme though.

On the down side you get:

That’s from top of my head, maybe I missed something. So I don’t see why anyone would still choose to use it. Why not just do it right? But it is what it is – Dayton EMM-6 has a semi-balanced output. Nevertheless, that doesn’t help to answer the reduced output question in any way. So I just assert it to be a measurement error.

Datasheet states – “Sensitivity at 1 kHz into 1K ohm”. So output voltage is measured when working into 1kHz load.

And the equivalent circuit looks something like this. Notice that mic output is also working into 6.8kΩ phantom power injection resistors. Hence the 1.2kΩ load resistors to form 1kΩ input impedance. What we don’t know here is mic’s output resistance. Let’s try to simulate it.

I measured something closer to 120Ω@1kHz so sim is close enough. Bottom line – it’s reasonably low and I measured only 7.3mV/Pa into 10kΩ load! So even if we assume they’re calibrating into 1MΩ impedance, this doesn’t get us much closer to declared 10mV/Pa.

Here is a simulated transfer function of EMM-6 circuit. It’s seems Dayton is well aware of inherent 1/4″ capsule high frequency increase. So they are doing some band-stop filtering to account for that in-situ. C7 and R6 sets the center frequency of this filter.
Back to SPEAKERS